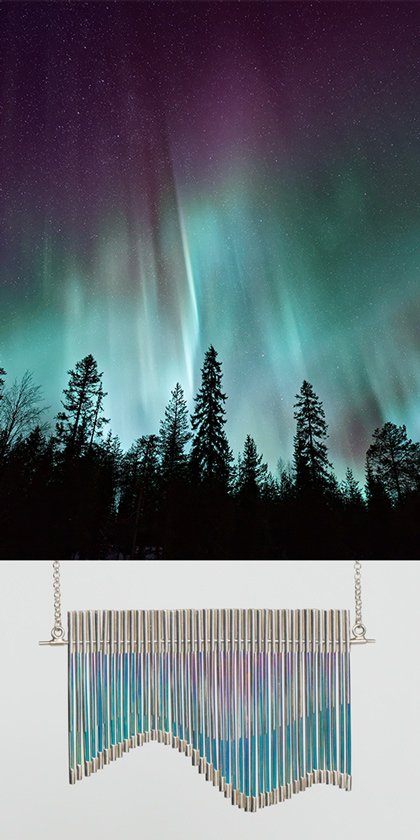 The bright dancing lights of the aurorae, also called the Northern lights, are collisions between electrically charged particles from the sun that enter the earth’s atmosphere on solar winds. The lights are – predominantly – seen above the magnetic poles of the northern and southern hemispheres. As the earth’s magnetic field funnels the sun’s high energy particles to the poles, they are respectively known as ‘Aurora borealis’ in the north and ‘Aurora australis’ in the south. Aurorae come in many colours and shapes -depending on which gases collide- although pale green and pink are the most common, lighting up the night skies in eerie glows.

Northern lights figure prominently in the mythology and legends of people living around the arctic circle. Finnish myths explained the lights as being caused by a firefox.  The firefox ran so quickly across the snow that its tail caused sparks to fly into the night sky creating an aurora. The Swedish forefathers believed the lights to be gifts from the gods providing warmth and light. They were seen as a messenger of good fortune. In Norse mythology the aurorae were believed to be ‘Bitfrost Bridge’. A glowing and pulsating arch leading those warriors, fallen in battle, to their final resting place in Valhalla. The Icelandic ancestors associated the lights with childbirth and held that they would relieve the pain of delivery.

Regardless of the scientific or mythological explanations, the Aurora Borealis is one of the most beautiful natural displays we can witness on our blue planet. The jewels are based on the story of Lucy Gunawan who traveled to Iceland in September 2014. Living far away from the arctic circle she had always wanted to witness the aurorae. Even though the phenomena happens year-round, seeing it as a seasonal traveler is not easy. Conditions need to be optimal including dark but clear night skies and active solar winds. With the poorest of weather conditions and the slimmest of chances Lucy set out to explore the beautiful Icelandic countryside outside of her cabin. Against all odds, she was dazzled by the beautiful dancing lights. Proving not only the unpredictability of sheer beauty, but also reminding her that the joy of an unexpected gift remains unrivaled.

The Aurora Borealis line stand as a celebration of those magnificent night lights dancing through the darkness and of human persistence. We should ever giving up hope on those farfetched dreams are within reach. 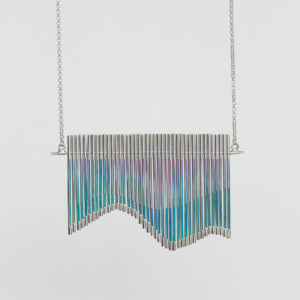 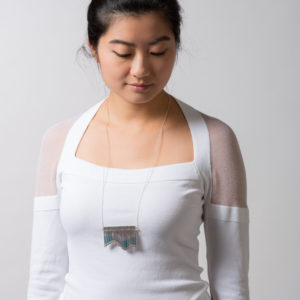